At first, I thought that Into the Water was just going to be a run of the mill True Crime novel, moving along from scene to scene until the motive and killer are revealed. There was a moment honestly where I thought about putting the book down altogether. I’m glad I didn’t. 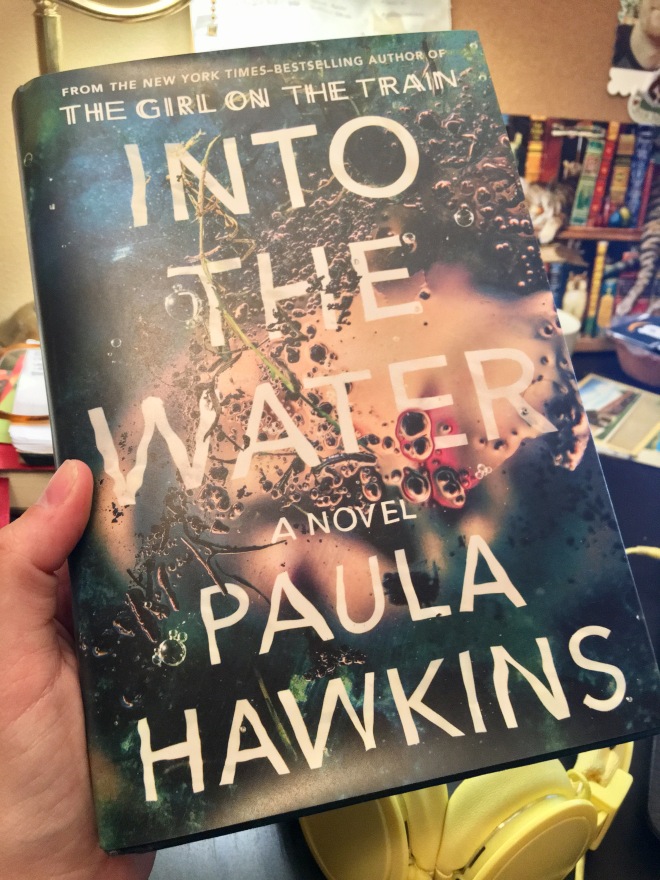 As most people know, I spend most of my days working in a fast-paced retail environment for a major department store chain. While I do love my job, my favorite part about it is when I get to clock out, go home and relax. One of my favorite ways of relaxing is watching True Crime television with my fiancé. Because we are both weirdos, we fall asleep at night to the soothing sound of Peter Thomas’ voice; who narrates Forensic Files. We watch every available episode of Unsolved Mysteries. We’ve watched Making a Murderer, The Jinx and most of what Netflix has to offer.

Because of this I was surprised when I realized that I didn’t really spend much of my reading time, enjoying True Crime novels. I decided then and there to change that. I was familiar with author Paula Hawkins as most people were, with her 2015 novel The Girl on the Train, which later was turned into a feature length film. I had heard a lot of good things about the book, slightly less good things about the movie but instead, I went with her follow up, Into the Water.

There is a central cast of characters: Nel Abbott, an outsider in the rural English town of Beckford. Living her whole life obsessed with the local watering hole called the Drowning Pool. People having been drowning in this spot for as long as history could tell; women in particular. Nel is fascinated by the women and their various reasons for going into the water. When she turns up dead in that very spot it sparks an investigation that drags the towns history out of the wood work.

Nel’s estranged sister comes to the town, to settle Nel’s debts and to find out exactly what happened to her sister. Nel’s daughter Lena doesn’t make things very easy for her. The local detective Sean Townshend tries his best to get to the bottom of the mystery of who killed Nel Abbott, teamed up with Erin Morgan, a police officer from London who is eager to prover herself to this close-knit town.

I enjoy books with a lot of characters, trust me. I enjoy fully fleshed out character development and watching several different story lines finally converge into a wonderful climax that leaves the reader in awe of what they just read. The main issue that I had with Into the Water was that there almost seemed to be too many characters. So many so that it often took me out of the story and taking a minute to remember who the person was and what their deal was. I have noticed by reading a few online reviews that this is the problem that most people seem to have with this book. The characters aren’t as fleshed out as most people would like. It leads to not feeling so emotionally attached to any of the characters honestly. Nel’s sister Jules trying to get to the bottom of what happened, how did her sister die? You want her to know sure, but you aren’t invested in finding out as much as I believe the author wanted.

This book has however, one amazing saving grace: the last page. The last page of this book makes reading the entire thing worth it. It made me wish that Paula Hawkins was in the room with me so I could give her a big old high five. The payoff made it worth it for me. It was enough to make me want to read her debut novel and to compare the two in terms of character development and how captivating the plot is.

I would definitely suggest this author and book to anyone who is looking to delve into the world of True Crime and Mystery novels. It is all still very new and exciting to me. My next adventure will be exploring Tara French’s True Crime novels, set in modern day Ireland – so right up my alley!